T40: Register to receive your copy

UK focused
agencies
About the
T40

About the Top 40 Creative Healthcare Agencies

The aim of the T40 listing is to highlight those creative agencies having the most impact in the UK healthcare sector in 2018. The agencies were drawn from a shortlist based on selected 2018 healthcare awards schemes and specialist advertising, branding, creative and design agencies drawn from a number of sources including PMLiVE's PMHub, PMGroup databases and other sources in the public domain. This is not an exhaustive list of all companies working in this sector, some agencies were outside the top 40, some declined to participate and some did not provide any data. You can find more creative agencies in PMLiVE's PMHub listed under advertising, branding or creative design

PMLiVE and PMGroup Worldwide Ltd do not recommend or approve any of the agencies in the T40 list - and provide no guarantee of the validity of the data shown. The rankings are calculated from a mix of information supplied by the agencies and data found in the public domain (further details are shown below).

The data is displayed in a series of ranking tables showing some of the major agencies in the UK healthcare sector - and how they compare in a number of different areas.

As well as an overall ranking there are top ten lists for:

A short list was created from a number of places including:
Publicly available awards results; PMLiVE's PMHub categories; PMGroup's in-house databases; Other data sources within the public domain

To be listed all agencies must have offices within the United Kingdom, permanent staff operating in the UK - and have billed over £100,000 on advertising, branding, creative and design work in the UK healthcare sector in 2018.

You can apply to be included in the 2020 shortlist by emailing t40@pmlive.com or contacting your PMLiVE account manager

You can nominate an agency to be included in the 2020 shortlist by emailing t40@pmlive.com

There are a number of different ranking factors taken into consideration - and each factor is weighted when generating the overall score which is made up of:

* For the 2019 T40, points were awarded for different levels of success in 3 targeted awards schemes, PMSociety Awards 2018, PMSociety Digital Awards 2018 and The Creative Floor Healthcare Awards 2018 - and a total score calculated for each agency.
** Data was supplied by the agencies based on set ranges with varying levels of depth to ensure comparison across a wide range and size of agencies was possible. The bar charts in this publication give an indication of the data supplied, but are scored from wide and varying banding levels and as such the length of the bar charts should not be used to infer direct comparisons between each agencies' actual data (which was not supplied).
For example, if one bar chart is twice the length of another, it should not be inferred that the agency has exactly twice the level of that specific measure.
There is some weighting towards smaller agencies which have a greater amount of their overall work taking place in the UK, to reflect the jump between 1 million and 2 million in billings as having a greater impact than between 45 million and 46 million for example, and to reflect the aim of the publication in highlighting those agencies that have had an impact on the UK marketplace.
*** Social Media presence score calculated by looking at the number of followers on YouTube, Facebook, Twitter and LinkedIN for the agencies corporate accounts (account data supplied by the agencies - all counts made and verified by PMLiVE on 27th August 2019)

There will be a print publication containing:

The print version will be posted approximately six weeks after the online version is launched.
You can register to receive a copy here.

If you think your agency ranking is wrong, please contact t40@pmlive.com and we will be in touch to explain your ranking and let you know who signed off the content on your behalf.

This listing was produced in good faith using data supplied by the agencies and data in the public domain. Some data may not have been independently verified by PMLiVE. This is not an exhaustive list of all agencies working in the UK. Find out how the list was created and the methodology used here.

“Fake News” and Credibility in Medical Publishing
Natalie Yeadon from Impetus Digital shares her thoughts on fighting fake news in Pharma and healthcare....
Delivering true value: what does it mean for KAM in cancer care?
Lisa Alderson, Business Development Director at Wilmington Healthcare, explores the challenges that pharma’s KAM teams face in engaging with the NHS and how they must evolve...

Pharma funding and M&A in 2020
Why pharma M&A has continually bucked the trend... 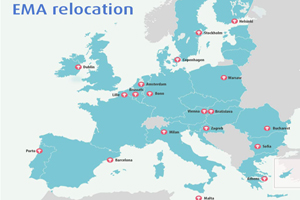